To create a natural masculine appearance, the redefining of men’s tattoo eyebrows should have the hair strokes placed more randomly following the natural pattern of growth. The pigment is applied one hair stroke at a time through the existing brow or where the natural brow would be.

Microblading men’s eyebrows is a procedure that focuses on strengthening the natural contour of the brows while also making them appear larger and fluffier. 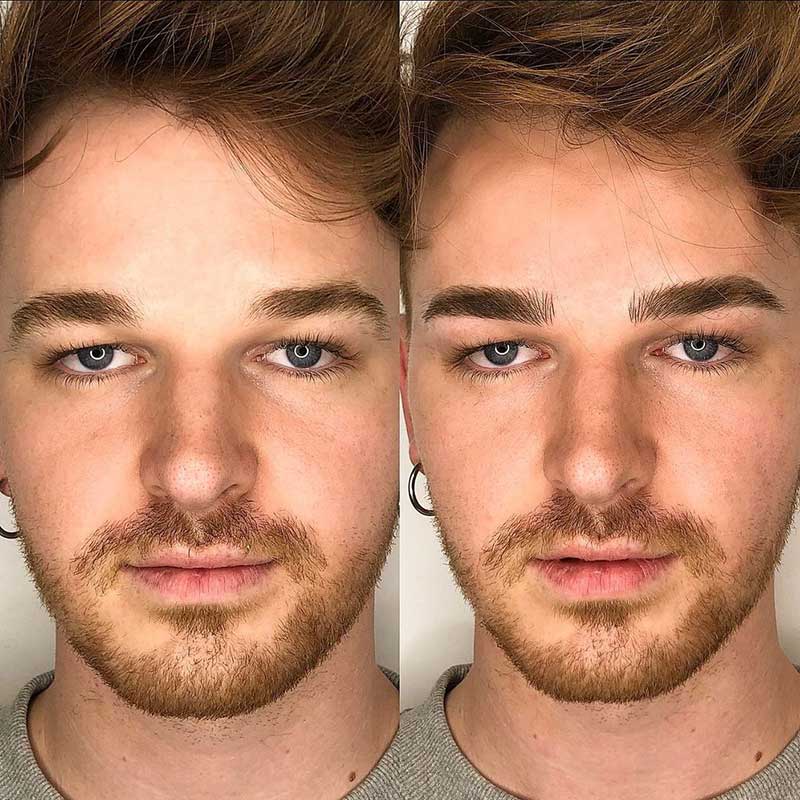 Microblading for men is a thing for males who want a bit more definition in their brows, whether they want a more defined shape, a strong style, or something that looks very natural and practically unnoticeable to the naked eye.

Microblading brows for men is a semi-permanent tattooing technique that uses pigment to imitate natural brow hairs. During the procedure, we utilize a small hand tool with a blade made consisting of 8-14 fine needles in a row.

Microblading men's eyebrows is a procedure that focuses on strengthening the natural contour of the brows while also making them appear larger and fluffier.

If you've lost hair in your brow area due to sickness or a condition like alopecia, microblading your eyebrows might help you feel more confident. Microblading is also a great method to save time when it comes to grooming, especially if you have brows that you feel like you have to brush into shape every day.